We are living in a constantly changing environment where businesses have to adapt, transform, and diversify themselves so that they survive in this highly competitive and turbulent environment. Being able to adapt to changes is especially important for those companies who want to be ahead of the competition, and need to assess and adapt to the constantly fluctuating behavior of the customers. And this is why we need to adapt to the Google Algorithm changes.

Google keeps changing its algorithms for the same reason – to stay at the top of the sector. Google algorithms changes come in line with SEO changes that are made to improve the experience of customers. If you want to trace how SEO changes, just remember the figure of 3,234 – this number is an approximate number of times Google is updating its algorithms. However, most of these updates are irrelevant code improvements, meaning that there are around 8-10 updates that are meaningful and affect Google ranking. 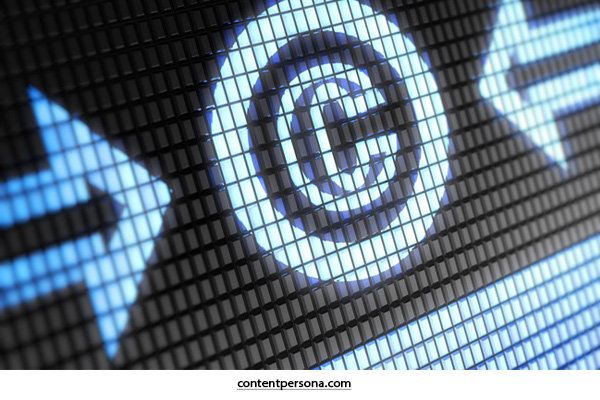 In the early years, Google did not update the algorithms. Things have changed, however, during recent years and now each year thousands of minor changes to the Google algorithm started to come into action. Though most of these changes are slight and do not have a strong impact on the research of Google search ranking, most of them cannot be ignored. However, in practice, it is impossible to even trace, let alone to adapt ALL the changes that had a place in Google. So, my advice is just to focus on some major Google algorithm updates that affect SEOs.

The major changes are:

Some of these updates were confirmed, while others stayed unconfirmed, and it was left for the user to detect if the Google algorithm update had a place. Google quality updates may affect category pages, pages with aggressive advertising, lower quality/thin content, and other negative user experience elements. As a result of Google algorithm updates, pages were impacted (either positively or negatively).

Affects of The Updates 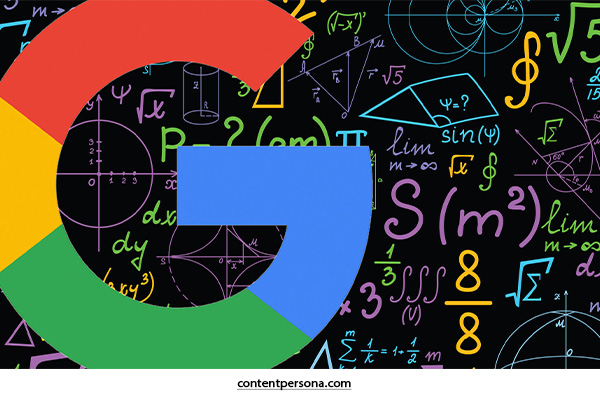 The updates have caused fluctuations for page ranking, meaning that some pages got higher positions in Google ranking after the update, sometimes impacting some specific niches like food and beverages or the medical sector. Strict monitoring has been implemented as to volatility cases, like aggressive marketing techniques including highly prevalent deceptive advertising, UX issues, and frequent cases of thin and low-quality content.

Google updates resulted in massive rankings shifts in Google, which also meant major increases or decreases for some websites. Overall, it seems higher-quality, and more relevant websites gained the most visibility.

2020 A featured snippet position stopped to be repeated in regular Page 1 organic listing. Around 100% of all search listings worldwide had been affected by this change.

2019 BERT (Worldwide) was introduced and covered multiple languages including Arabic, Chinese, and others. The BERT update was one of the biggest Google changes in recent times.

2017 This year has been marked by Google’s targeting SERP Volatility cases. Cases of aggressive advertising had become prevalent and were exterminated by the new Google Algorithm Update.

Broad Core Algorithm Update encompassed a whole range of factors. Right after launch, Google guided us on how to implement this update. Some sites have been seriously impacted by Google Algorithm updates and many failed to recover completely.

Most of these updates affected the issue of general ranking, while others were about content relevance, specifically where Google aimed at rewarding those pages that had been previously under-rated. Starting from this update, the accent on building great content marked the beginning, hitting sites that put lesser weight on the quality text. 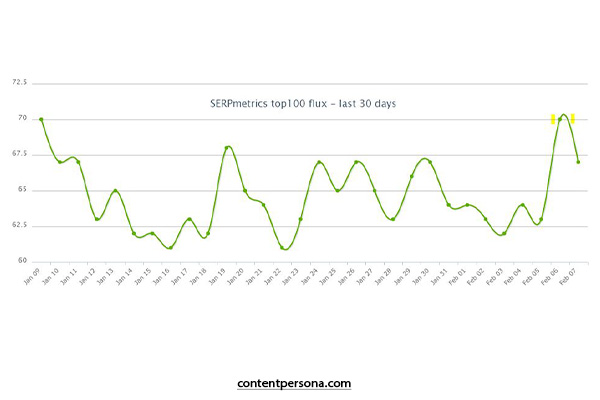 There were the main Google changes that impacted traffic and search visibility. Google updates resulted in massive rankings shifts in Google’s SERPs, which also meant major increases or decreases for some websites.

Overall, it seems higher-quality, and more relevant websites gained the most visibility. It seems that the secrecy in which some of the updates have been made is related to an increasingly spreading practice of spammy link-building, hence the updated was primarily targeted on private blog networks that friendly applied aggressive marketing activity.

This was a minor and unconfirmed Google update. Although information about this update is more speculation than fact, it seemed to target private blog networks or those doing spammy link building. Google announced an upcoming change that would target intrusive interstitials and pop-ups that hurt the search experience on mobile devices. The impact of this update on rankings was minimal.

Some Google Penalties by Its Name and Remedies

Webmasters can face a heavy loss due to Google Algorithmic penalties. This might be a mild or hard or sometimes temporary ranking hit.

Anyway, let’s see some important Google Penalties and how we can anticipate it.

Google Panda Penalty– the stormy update (Panda Update) by Google happened in February 2011. In fact, all the sites were shaken with this terrible update. Google lets every webmaster know that quality content can make you alive.

The Google Panda Algorithm aimed to prevent any poor quality content from making it to the top position of the Google search results.

Google launched the first Penguin update in April 2012 and later on Google announced a final update in September 2016. However, it is now operated as part of Google’s core ranking algorithm.

The new Penguin update demotes a site with low-quality backlinks instead of giving penalties.

Not mobile-optimized pages were demoted by this update. Excessive ads and popups that block too much of the screen could be under this update.

Remedy– Pages and sites should be highly mobile optimized and user friendly.

Payday Loan Penalty- This update happened in June 2013. This Google Algorithm hunted down the heavily spammed queries such as “payday loans,” “Viagra” and pornography-related keywords.

However, besides all the Google Algorithmic Penalties, it is also possible to have a review by the search engine employee to go your website either up or down in the ranking. After a manual review, Google’s webspam team members can levy penalties or even kick a site out of the index.

How to Check for Any Manual Actions- If your site receives a manual action notice, Google must let you know. In fact, Google sends over 9 million webspam notifications to webmasters in every year.

Here is the process to see if any messages exist for your site:

How to Avoid a Manual Action Penalty- After checking manual actions if you see any actionable messages are in your inbox, you have to prepare to remove the penalty soon. The penalties can cause due to unnatural links, pure web spam, thin contents, or any other non-compliance issues.

Anyway, in case your site gets a manual penalty, you must resolve the issue/ issues as soon as possible.

Removing (issue/issues in the inbox) and cleaning up your site perfectly (make sure no issue/issues behind), submit a reconsideration request. And then Google will examine your site thoroughly again, and if it looks good, your penalty will be lifted.

Your site will be indexed again as new.

How Can I Avoid Google Penalties

Since Google updates frequently nowadays, we webmasters have to be very careful so that our precious sites cannot be harmed. Because, if it is down once, it will be so much tough to rise in the same position again.

So what do we do now? Well- It’s a simple task. If you follow the Google guidelines, your site would be free from any harm. Bear in mind, Google doesn’t penalize any site unnecessarily.

There are Top 4 Guidelines for Avoiding Google Penalties. You can follow these guidelines in order to save your sites from penalties.

– We almost all know what Black Hat SEO is. Nevertheless, in a word, Black Hat SEO is when any webmaster violates the terms of service of the search engines. So it can be defined as a disapproved practice that could increase a page’s ranking in a Search Engine Result Page (SERP).

Anyway, these forbidden practices are direct against the search engine’s terms of service. It can cause the site banned from the search engine and even can be a money-making affiliate site. To be aware of this Black Hat Method would be wise.

– Buying links from any site either related to your niche or not related to your product can be heavily affected by the Google Updates. The Algorithms are super smart enough to catch your unusual links made from elsewhere. So any paid backlinks may cause a heavy loss for your site.

Google has a super-smart AI. It can detect any unusual links that are made. So it would be very wise not to buy any links from any webmaster either in exchange for links or money. You may escape the penalty once or twice or thrice, but not forever.

Overstating main keywords along with sub-keywords may cause Google penalties for your website. It can be bothering of frequent use of your keywords. Unnecessarily using keywords is hardly likable to Google as well as other search engines. So it would be better to give up using any immoderate keywords in your content.

One of the best methods to get known to Google is making original and high-quality, user-friendly, and fruitful content for the readers. If readers are satisfied with the results, Google, undoubtedly, will prioritize the content and bring it towards the first position of the related results.

In fact, the updates of Google are made in order to do this accurately so that the real webmasters are not deprived of. It is said, the content is king. Original and quality content won’t be ignored.

So, in the end, this can be concluded that the AI of Google is highly smart than we usually image. Frequently changing of Google Algorithm will hurt your site unimaginably if you don’t follow the right way and white hat SEO. And it you are reluctant to follow the terms and conditions of the Google Search Engine, you will soon get disappointed.